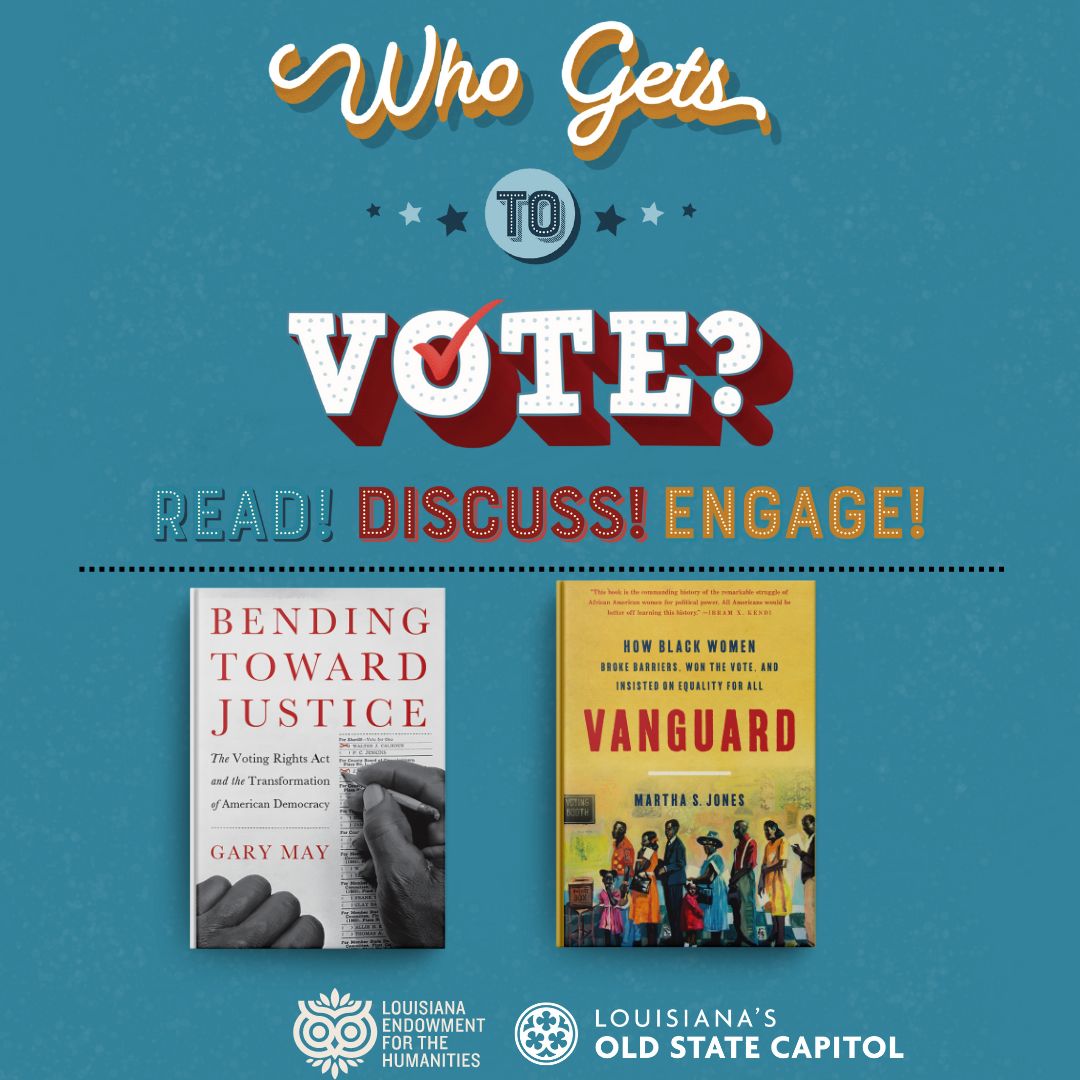 Secretary of State Kyle Ardoin invites the public to attend “Who Gets to Vote?” at Louisiana’s Old State Capitol. “Who Gets to Vote?” is a series of book club discussions, beginning with “Bending Toward Justice: The Voting Rights Acts and the Transformation of American Democracy” by Gary May and “Vanguard: How Black Women Broke Barriers, Won the Vote and Insisted on Equality for All” by Martha Jones.

Discussions will be led by Southern University Law Center Chancellor John Pierre and scholar Cheylon Woods. The schedule for the meetings is as follows:


“Who Gets to Vote?” is a program of the Louisiana Endowment for the Humanities, funded by the National Endowment of the Humanities as part of the "A More Perfect Union" initiative. The initiative is designed to demonstrate and enhance the critical role the humanities play in our nation and support projects that will help Americans commemorate the 250th anniversary of the Declaration of Independence in 2026.

A limited number of copies of each book are available to borrow. Those interested in participating in this book club should register at here.

Please note, there are a limited number of books available for this program. We ask that if you sign up and are unable to participate that you return the book so that another participant may have your spot.