In 1845 Louisiana lawmakers approved a new state constitution requiring them to select a location for a new state capitol “not less than sixty miles from the city of New Orleans.” Baton Rouge, located about 100 miles north of New Orleans, was selected as the location for the new state capitol. Baton Rouge officials began searching for land to build the new capitol. They wanted a spot that would be convenient for travelers, near the center of the city but also free from the seasonal flooding of the Mississippi River. Judge Thomas Gibbs Morgan offered his land that sat on a high spot of a natural levee. Through public donations totaling $20,000, the city of Baton Rouge donated this plot of land to the state for the new capitol building in 1847.

Architect James Dakin’s plans for the new statehouse were quickly selected by the Legislature. Dakin envisioned a unique and awe-inspiring building with prominent gothic style architecture. “In making this design, I have endeavored…to adopt such a taste and style of architecture as would at once give the edifice a decided distinctive, classic and commanding character…” wrote Dakin. Workmen began clearing the land in July 1847 and the official groundbreaking was held in October. In January of 1850 the legislature met for the first time in the new statehouse under Gov. Isaac Johnson. 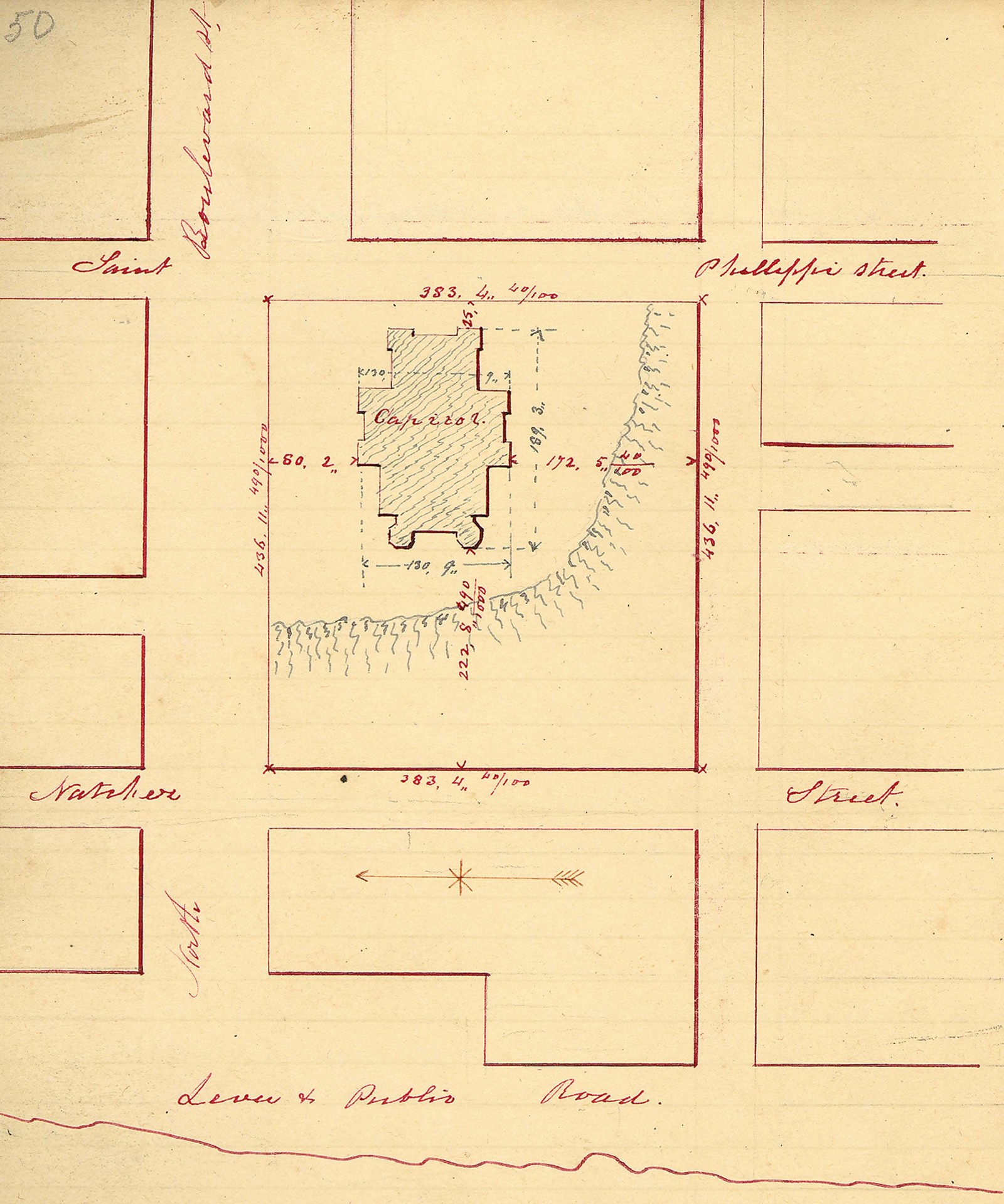 By the 1860s with a possible Civil War on the horizon, legislatures met in the House Chamber to discuss the state’s position on secession under Gov. Thomas Overton Moore. On January 26, 1861 the legislature voted to secede from the United State of America. The scene from inside the statehouse was described by the Weekly Gazette & Comet as “a shout as never before went up from the old Gothic Building.” Louisiana became The Sovereign and Independent Commonwealth of Louisiana for two months before joining the Confederate States of America. In 1862, the state government left the capitol and fled Baton Rouge in advance of Union troops. The capitol was moved to Opelousas and then to Shreveport. Union troops quickly took over the capitol building and used it as a command post, prison and garrison. Union troops occupying the building allowed a fire in the northwest turret to rage ultimately causing a catastrophic fire that gutted the building. The exterior walls were the only things that remained.

In 1866, with the Civil War now over, the state capitol was re-established in New Orleans and the building remained vacant.The state constitutional convention of 1879 stated that Baton Rouge was once again to become the seat of government in Louisiana. The legislature allocated $153,000 to repair the statehouse and appointed William A. Freret as architect. Freret’s vision of a fourth floor, cast iron spiral staircase, stained glass dome and exterior towers were approved and reconstruction of the building began. The newly reconstructed capitol building was complete in 1884. In the following years fiery debates and fist fights broke out throughout the building, namely over the first Louisiana Lottery. In 1906, a fire in the Senate chamber caused extensive damage to the east wall of the building and water damage throughout. The legislature provided funds for repairs. Part of those repairs included removing the iron turrets atop of the main towers. 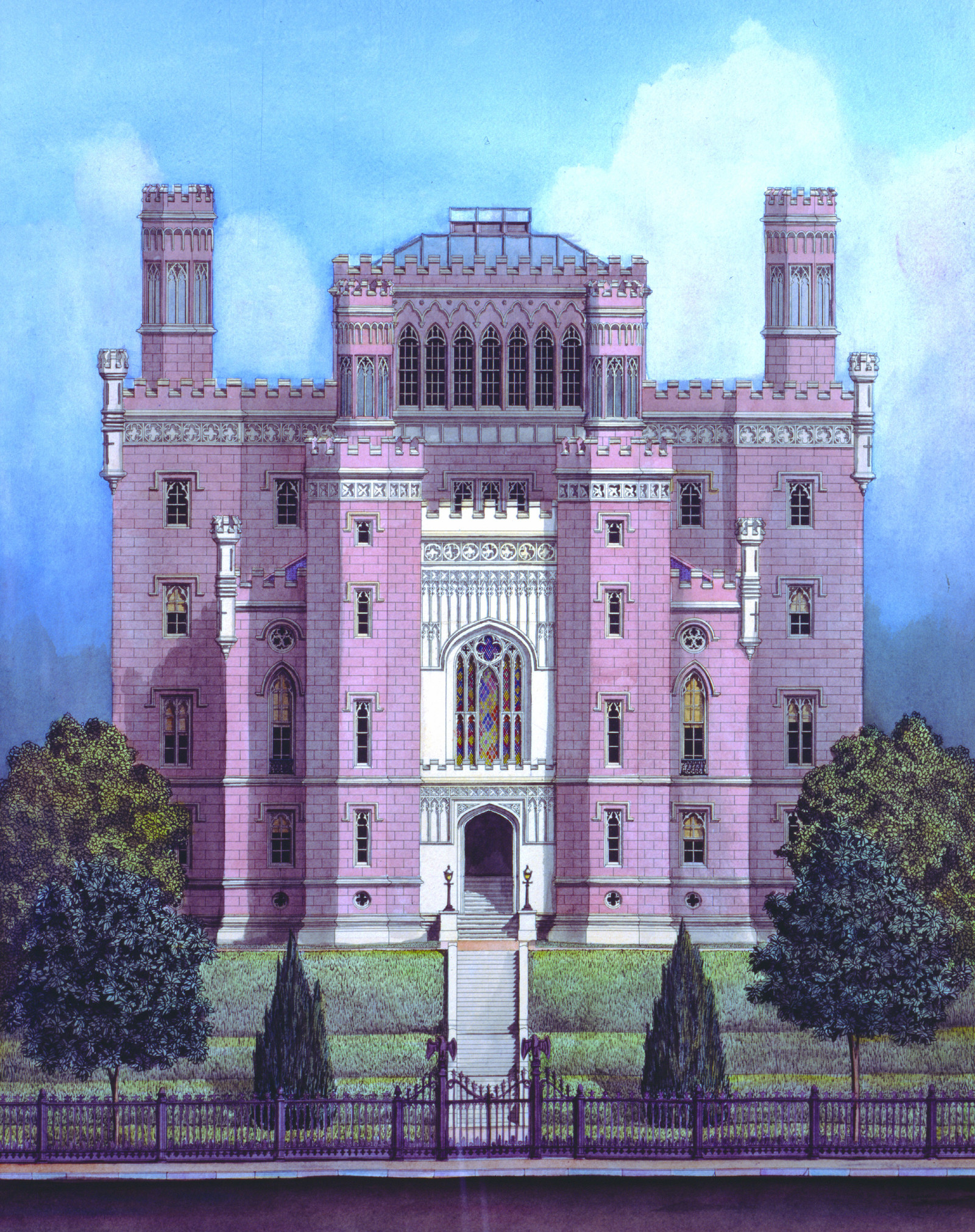 The Battle with Huey P. Long

Notorious Gov. Huey P. Long was elected governor of Louisiana in 1928. He would be the last governor sworn in on the grounds until Mike Foster in 1996. In April of 1929 the House of Representatives voted to impeach Gov. Long on numerous charges including bribery and the misuse of state funds. The “round robin” agreement was submitted and included the signature of twelve senators, just enough to block the needed two thirds vote for impeachment. Following this Gov. Long convinced the legislature to erect a new state capitol. Construction on the new state capitol was complete in 1932. 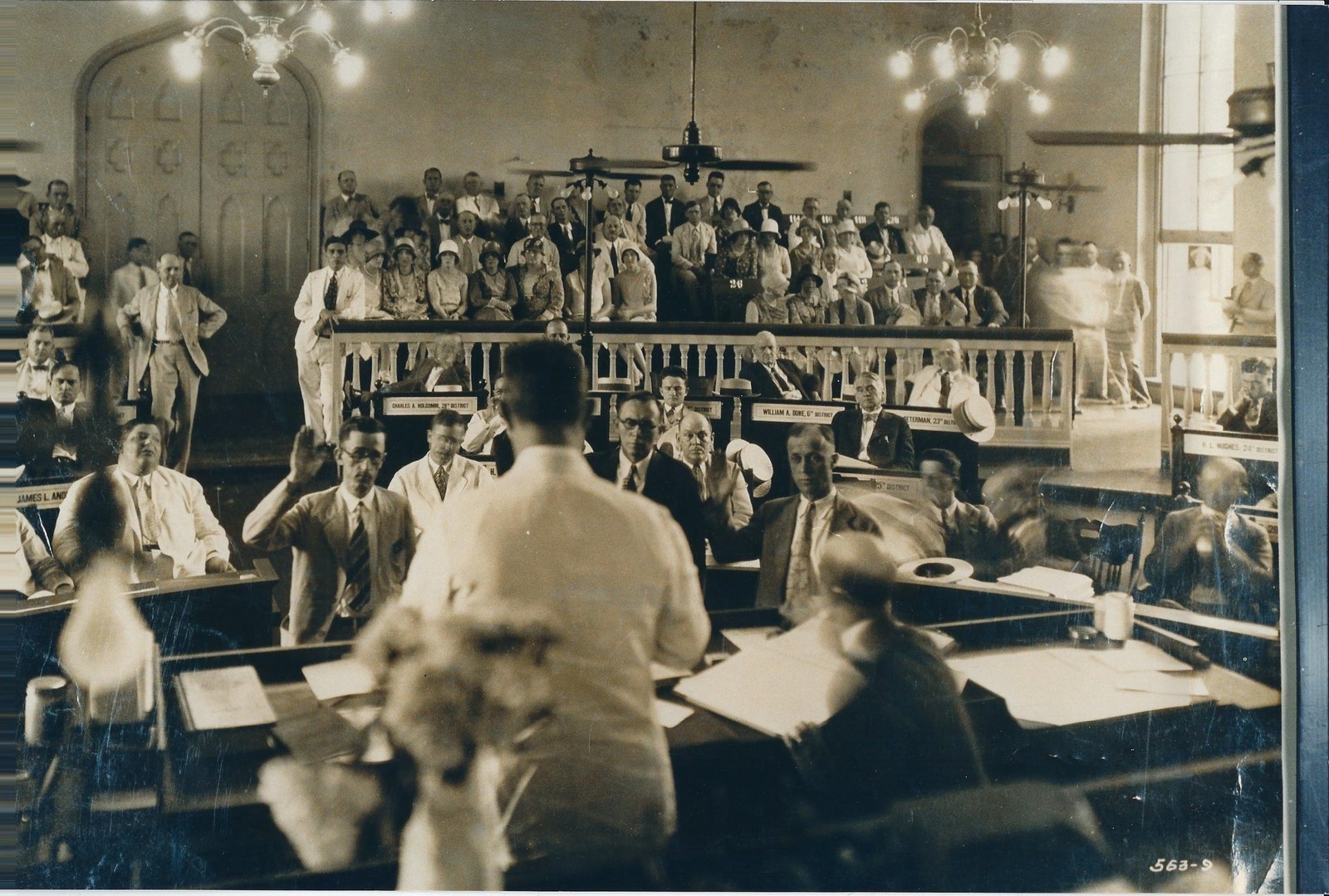 With the old statehouse no longer used by the legislature, the Works Progress Administration of Louisiana moved into the building in 1936 and extensive renovations and repairs were done with the help of a WPA grant. Following the end of World War II the building was dedicated to Louisiana’s veterans in 1948. Veteran’s organizations moved into the building and occupied it until it was closed for the 1991 restoration. With the building falling in disarray it earned the designation as a National Historic Landmark in 1976. The building was placed under the Louisiana State Museum system and the legislature appropriated $2.5 million for a major restoration in 1976.

In 1990, for the first time in 58 years, the Louisiana Legislature convened in the Old State Capitol and the building was transferred to the Office of Secretary of State. The most extensive and comprehensive restoration began in 1991. Under the direction of Secretary of State W. Fox McKeithen the Old State Capitol reopened in 1994 as Louisiana’s Center for Political and Governmental History, an educational history museum. Throughout the 2000s various exterior restorations were completed including a historically correct plaster and the replacement of the iron fence. 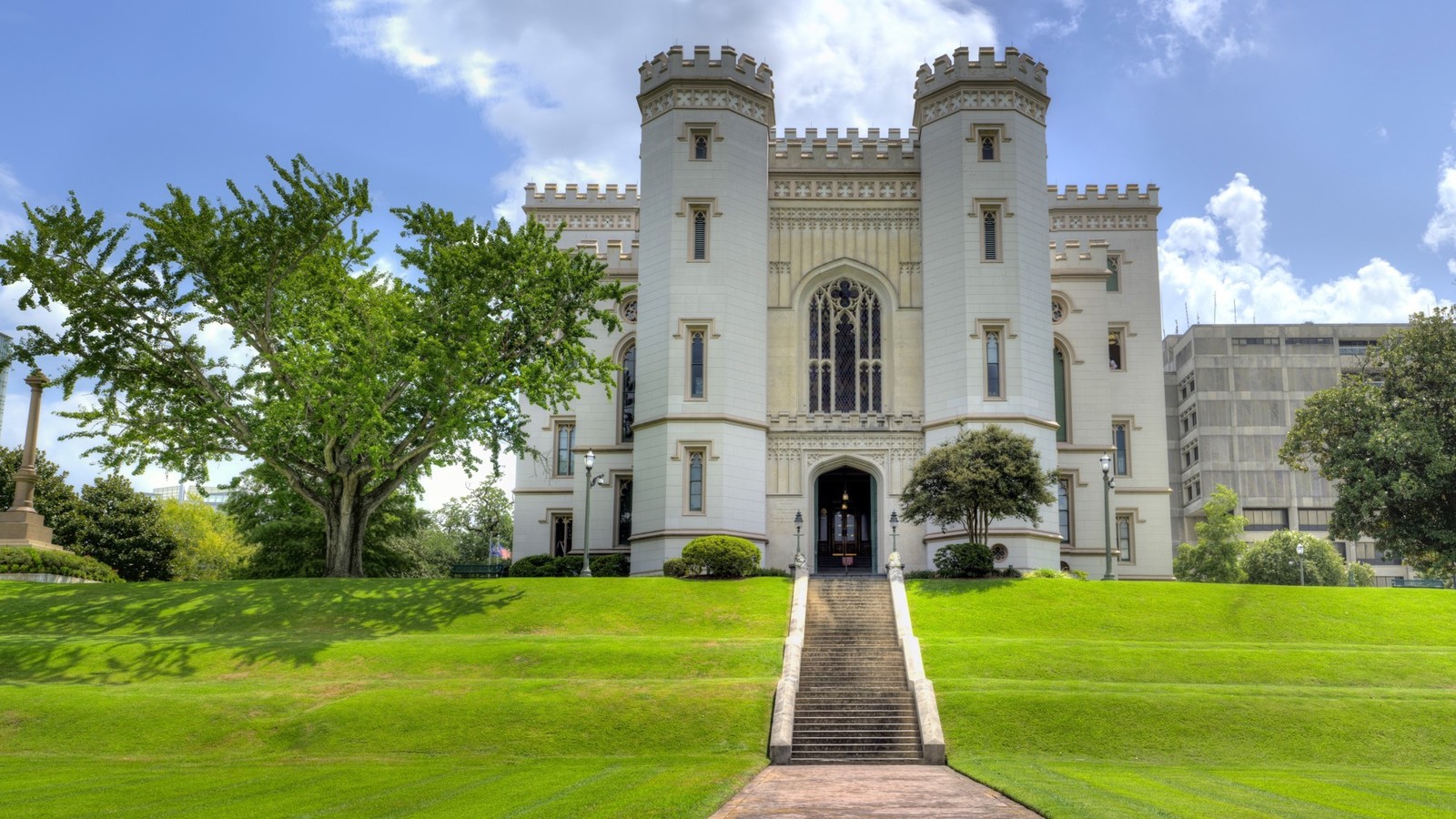