WE WILL CLOSE 12PM SATURDAY, MAY 15 FOR A PRIVATE EVENT.

The Power of Photography 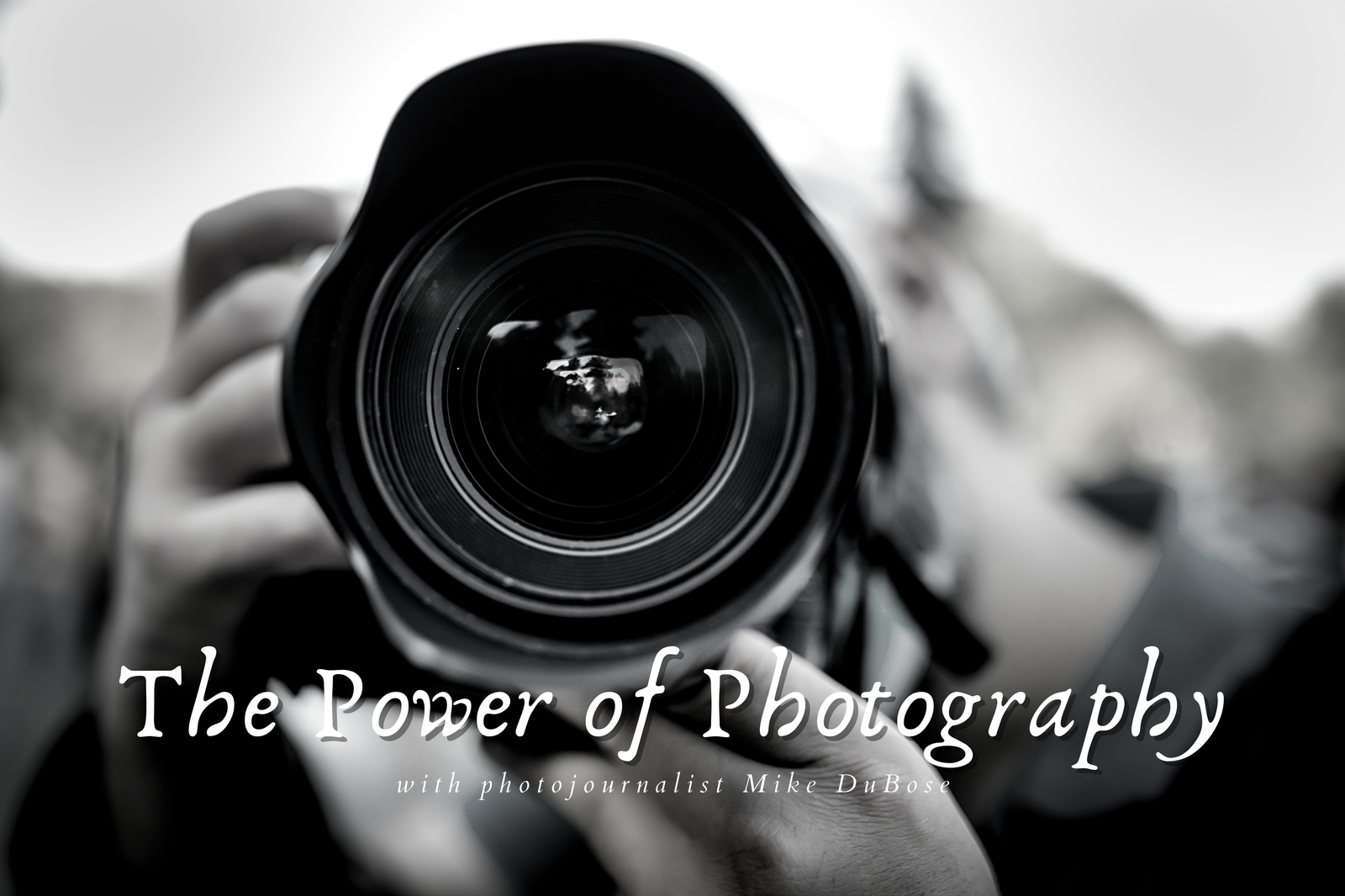 “Photojournalists hold a mirror up to society and say ‘This is us.’ Much as Jacob Riis did in the 1800s, today’s photojournalists give voice to the voiceless and take readers to places that might never see on their own.”

Joseph Ekow, 5, catches the final trickle of water after filling his bucket at a well behind John Kofi Asmah United Methodist Church in the West Point neighborhood in Monrovia, Liberia. Many families in the dense, urban area lack access to piped water. Photos by Mike DuBose, UM News.


More than 100 years ago, Jacob Riis harnessed the power of photography to show people the wretched poverty of New York’s slums. Join the Old State Capitol for a virtual program on The Power of Photography with Mike DuBose at 5:30 p.m., Thursday, March 4. The presentation is free, but registration is required below.

DuBose is an award-winning photojournalist whose work for United Methodist Communications has taken him to more than 40 countries and most of the 50 states. His talk is in conjunction with the exhibit, Jacob A. Riis: How the Other Half Lives, on display through March 13.

The Riis exhibition includes photographs of the working poor in New York City. For many Americans, it was the first time they had seen these desperate living conditions. Riis’ work helped spark social reform movements to provide decent housing, education, and healthcare for children and their families. Some say Riis’ flash photography shined a light that changed politics forever. Like Riis, DuBose uses photography to illustrate and complement written text. “Capturing a telling moment of human interaction is what the practice of photojournalism is all about,” says DuBose.


DuBose has a bachelor’s degree in journalism and a master’s degree in photographic communication. Prior to joining the Methodist Communications team, he worked for United Press International, The Knoxville News-Sentinel and the Tennessean. DuBose was the United Methodist Communicator of the Year in 2008, and won awards of excellence from the Religious Communicators Council and Associated Church Press. He was the UPI Tennessee Association of Newspapers photographer of the year in 1985.

DuBose’s recent photo essay, Water is Life, captures the daily task of collecting enough water for families. His photos span three years and five countries – Malawi, Liberia, Zimbabwe, Côte d'Ivoire and Mozambique. This project was part of an initiative to raise awareness and funds to provide clean drinking water close to communities. DuBose captures the enduring human spirit of people whose daily life centered on providing enough water to drink, bathe, and clean their clothing. His endearing and surprising finds illustrate another essential ingredient of photojournalism – connecting all of us to each other and to our world. His photos help to inspire initiatives to support clean water projects around the globe.

The United Methodist Committee on Relieve and its parent agency, the Board of Global Ministries, support water and sanitation projects worldwide.