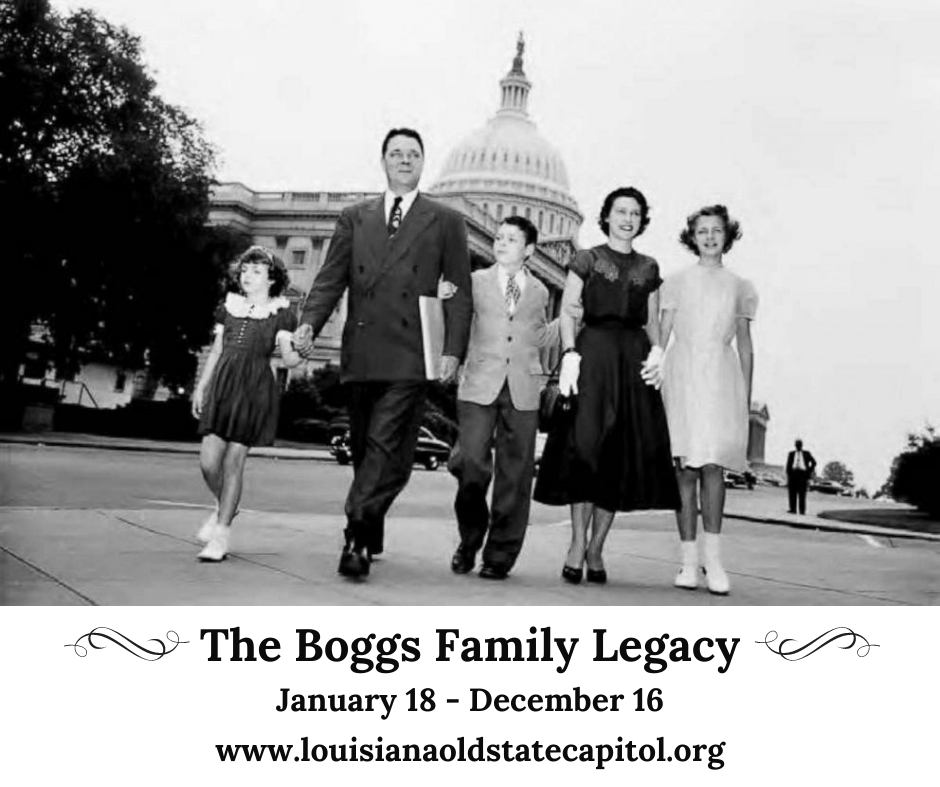 Information
All Day
All Ages
Free
Share This
Overview

For more than forty years, a member of the Boggs family represented Louisiana’s Second Congressional District – and most of New Orleans— in the House of Representatives. In addition to working for their constituents in Louisiana, Hale and Lindy Boggs were strong supporters of the national Democratic Party and its platform at a time when many Southern Democrats sought to distance themselves from the national party. Their children also joined in the “family business” of politics in a variety of ways—as a mayor, a lobbyist, and a journalist. This exhibit is on display beginning January 18 through December 16.