Political Parties and the Culture of Conventions 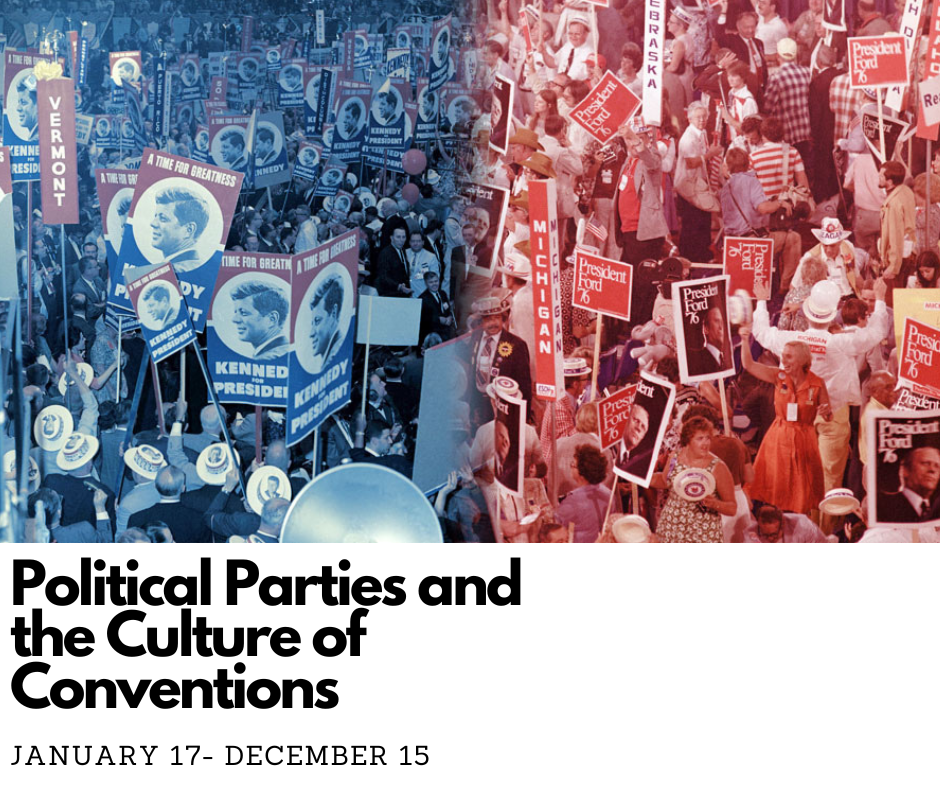 Information
All day
All ages
Free
Share This
Overview

National Conventions began in the mid-1800s to select Presidential candidates for each political party. Over time they took on the role of celebrating a predetermined candidate rather than the choosing of a candidate. This exhibit examines national conventions’ flair for spectacle, the early years of intrigue and the process of what goes into organizing a convention. The exhibit features various historical artifacts from National Conventions including political cartoons, clothing and other memorabilia.

Programming related to this exhibit will be announced throughout the year.