Dissecting the Campaign Process: The Candidates 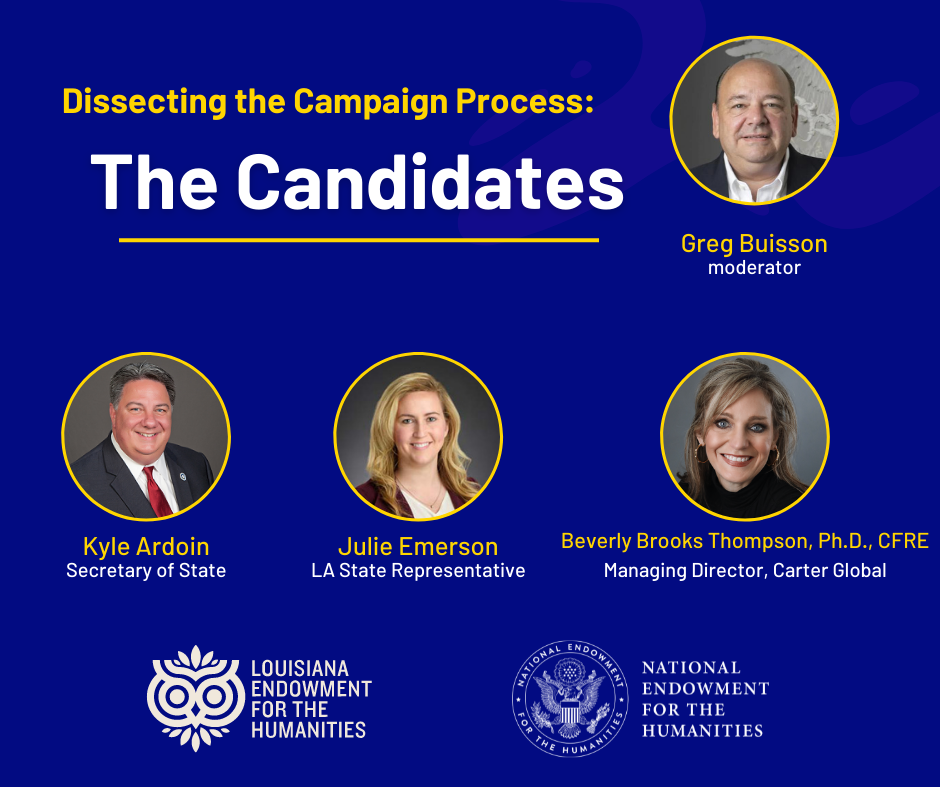 Secretary of State Kyle Ardoin invites the public to attend two panel discussions on political campaigns and elections as part of the upcoming exhibit, “Voices & Votes,” at Louisiana’s Old State Capitol. The first discussion will be held on Thursday, September 8 from 12-1 P.M. It will focus on candidates involved in the political process, and will feature behind-the-scenes stories from the candidates’ points of view. This panel will be moderated by Greg Buisson, and include guest panelists Secretary Ardoin, Beverly Brooks Thompson, and Julie Emerson.

The second panel will discuss campaign managers and their role in Louisiana’s elections, from candidate selection through Election Day. It will be held on Thursday, September 22 from 12-1 p.m. This program will be moderated by Jeremy Alford, and will feature Kyle Ruckert, Trey Ourso, and Greg Rigamer.